For Pure Sporting Drama, Nothing Will Beat the 2005 Ashes Series

It is not only the cricket world cup that has had its fair share of enthralling cricket moments over the years. It is safe to say that the Ashes, contested by England and Australia, always offers up pure sporting drama. None more so than the 2005 series that was played in England.

The Best Sporting Event in Many Years

The 2005 Ashes was the epitome of sporting drama. I am neither Australian nor English, but I still remember being hooked by the action that happened throughout. For those of an English or Australian persuasion, I can only imagine the different emotions that they went through as the series unraveled. Fourteen years have since passed, but everyone who saw it still remembers it like it was yesterday.

The 2009 win in England was great and the 2010⁄11 win in Australia would have been sweet for England fans as it was the first time that they had won a test series in Australia was back in 1986. However, those who saw all three series will agree that the two aforementioned series pales in comparison to the one that took place in 2005.

The context of the series is also key. Before the series started, Australia had held the Ashes for 16 years, having been successful in the last 8 series. Australia came into the series as favourites and they, if they are being honest, probably expected to walk away with the urn.

The Form of the Two Teams

England had hope though, which is more than what they usually took into an Ashes series. Under the leadership of Duncan Fletcher and the captaincy of Michael Vaughan, the England team had managed to win their last seven series.

Hope, however, is not expectation. At the time, Australia were the number one side and it was no wonder with the players that they had. There were the likes of Glenn McGrath, Shane Warne, Ricky Ponting, Matthew Hayden, and Adam Gilchrist.

The first match was at Lord’s and Australia batted first. The tone for the series was set by Steve Harmison in his very first over. Harmison shook up the Australian openers with some fast and brutal bouncers, the second of which knocked Langer to the floor. Thirty minutes later, Harmison nearly took Ponting’s head off with another bouncer. When no English player asked whether Ponting was okay, everyone knew this was going to be a series where both sides gave no quarter. Australia went on to win the test by a whopping 239 runs. 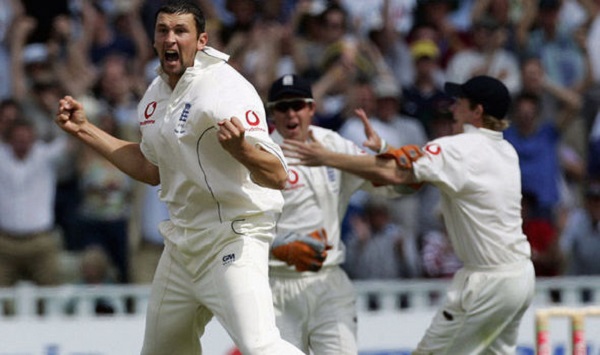 The second test was played at Edgbaston, Birmingham, and this is where the turning point in the series happened. During the warmup, McGrath stood on a ball and tore ligaments in his ankle, ruling him out of the series. Despite this loss, Ponting still asked England to bat first, a move he still likely regrets.

England managed to score 407 runs in their first innings and then bowled Australia out for 308 in their first innings. However, Warne spun England out for 182 in their second, meaning the Aussies needed 282 to take a 2-0 lead. England reduced Australia to 220⁄9, but Lee and Kasprowicz edged their side closer to victory. With Australia needing just three runs to win, Harmison had Kasprowicz caught down the leg side. Amidst such drama was a moment of sportsmanship like no other. Freddie Flintoff crouched down next to Lee and offered him his condolences. 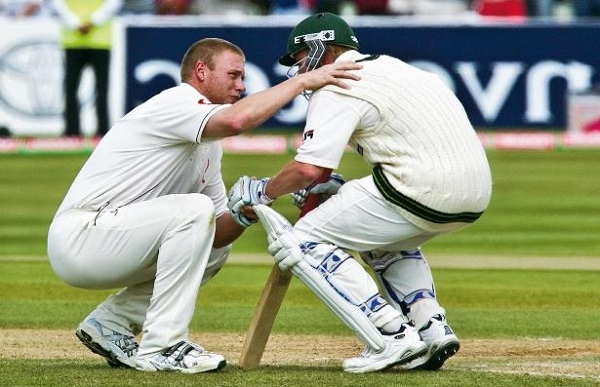 The next match at Old Trafford ended in a draw, but it was far from boring. On the 5th day, the queue to get into the stadium went all the way down the road. The people of Manchester sensed something exciting was about to happen. However, Ponting was the party pooper as he scored 156 to save his team.

The fourth match of the series witnessed one of the most controversial moments in cricketing history. On the third day, Ponting was run out by Gary Pratt, a substitute fielder. Ponting was extremely angry, and he made it to clear to anyone who would listen. England needed 128 to take a 2-1 lead in the series and, despite Warne’s best efforts, they got home with three wickets to spare. 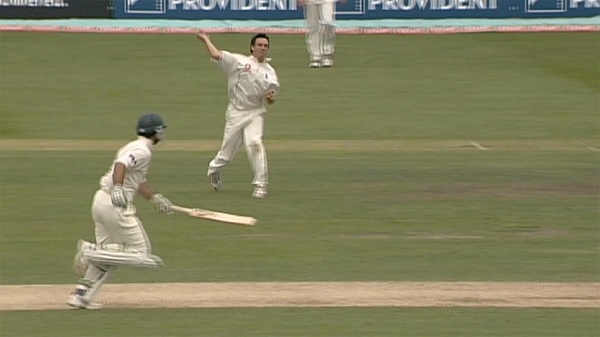 England went into the final test knowing that a draw was enough to claim the Ashes. The hosts managed a slender first innings lead, but the game was still very much on a knife edge. Then, on the final morning, Warne dropped Kevin Pietersen, who went on to take the game away from the Aussies. He blasted 158 to all parts of The Oval, ensuring Australia barely had any time to bat. The Ashes were back in England! It was shame it was over!